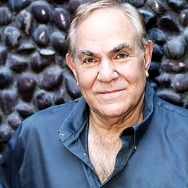 Entertainment industry executive’s new role brings him back to source of his happiness: the fans As Warner Bros. Records executive Ted Cohen walked behind the famed Palladium concert venue in New York City in the fall of 1980, he discovered two music fans with their ears pressed up against the metal loading door, trying to hear Paul Simon. He approached the pair and handed … END_OF_DOCUMENT_TOKEN_TO_BE_REPLACED