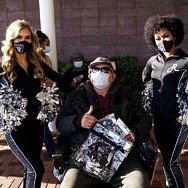 The Las Vegas Raiders are commemorating Salute to Service through several activations to honor our veterans and active military. For the second consecutive year, the Raiders Foundation, the charitable arm of the Raiders that is committed to increasing community and civic health through military support and youth development, partnered with Cox to facilitate a visit to the … END_OF_DOCUMENT_TOKEN_TO_BE_REPLACED 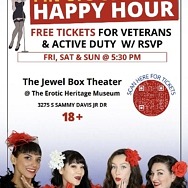 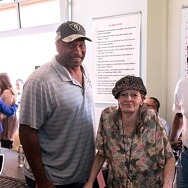 As the nation observes Memorial Day to honor the men and women who have sacrificed their lives while serving in the U.S. military, today the Raiders Foundation expressed their gratitude to Share Village residents, many of which are veterans, by providing lunch and recognizing them for their service, as well as honoring those who lost their lives fighting for our … END_OF_DOCUMENT_TOKEN_TO_BE_REPLACED

The City of Henderson will again observe Veterans Day, but this year the ceremony will be virtual. U.S. Congresswoman Susie Lee will join Mayor Debra March and members of City Council to honor those who have defended our nation. Henderson residents are invited to “attend” this virtual ceremony by visiting cityofhenderson.com all day beginning Wednesday, Nov. … END_OF_DOCUMENT_TOKEN_TO_BE_REPLACED