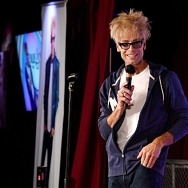 Murray SawChuck aka Murray The Magician headlines nightly at his residency show at the Tropicana Las Vegas - Laugh Factory Theatre and then jumps across the street to be the comedy guest star in the legendary Las Vegas strip show "Fantasy" at Luxor. His fiance 'Showgirl' Dani Elizabeth will be assisting him Fantasy is produced by Anita Mann. Murray can also be seen on … END_OF_DOCUMENT_TOKEN_TO_BE_REPLACED 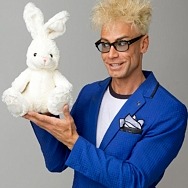 Headliner Murray the Magician aka Murray SawChuck will be appearing on 4 Different TV shows this Friday October 2, 2020. He will be on: The List - ABChttps://www.thelisttv.com/ Masters Of Illusion - The CW8:00pm Episode (New Episode) 8:30pm Episode (Repeat Episode) … END_OF_DOCUMENT_TOKEN_TO_BE_REPLACED