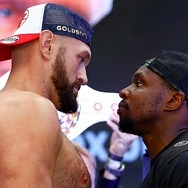 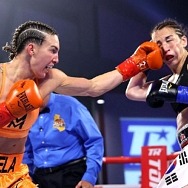 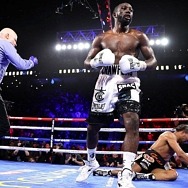 The pound-for-pound king notched his career-defining victory. Terence "Bud" Crawford knocked out "Showtime" Shawn Porter in the 10th round to retain his WBO welterweight world title in front of a sold-out crowd of 11,568 at Michelob ULTRA Arena at Mandalay Bay in Las Vegas. Crawford (38-0, 29 KOs) made the fifth defense of the title he won in June 2018 and was presented … END_OF_DOCUMENT_TOKEN_TO_BE_REPLACED 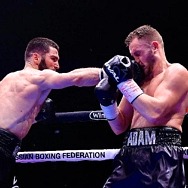 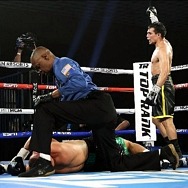 Eight knockdowns. Fight of the Year. Jose Zepeda knocked out Ivan Baranchyk in the fifth round of their junior welterweight instant classic Saturday evening at the MGM Grand Las Vegas. Both men hit the canvas four times, but it was a left hand from Zepeda, a two-time world title challenger, that ended the fight. Baranchyk (20-2, 13 KOs), a former IBF junior welterweight … END_OF_DOCUMENT_TOKEN_TO_BE_REPLACED

WBC/IBF light heavyweight world champion Artur Beterbiev's Oct. 23 title defense in Moscow against Adam Deines has been postponed after Beterbiev suffered a rib injury in training. Beterbiev-Deines is expected to be rescheduled before the end of the year. Beterbiev (15-0, 15 KOs), the only current world champion with a 100 percent knockout rate, has not fought … END_OF_DOCUMENT_TOKEN_TO_BE_REPLACED