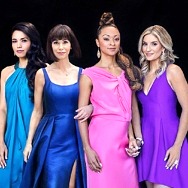 Disney Princess – The Concert, presented by Disney Concerts, has released a first look of the show from its world premiere in Riyadh, Saudi Arabia.  Today the tour announced the cast of the spring 2022 leg, which will perform from the tour’s kickoff on January 30th in Wichita, KS, through April 16th in Lancaster, PA, presented by Pandora Jewelry. Tickets and VIP packages … END_OF_DOCUMENT_TOKEN_TO_BE_REPLACED